Sorting out your insurance needs isn’t easy when you’re a newcomer to Switzerland. AXA employee Elodie Le Goistre still remembers the pitfalls she encountered when relocating from Germany to Switzerland.

For Elodie, taking up her new role with AXA in Winterthur meant relocating from Munich to Switzerland. It required a lot more effort than the 34-year-old Frenchwoman had initially estimated.  “Despite working at an insurance company, the Swiss insurance system was a big unknown for me at the beginning,” she recalls. “Everything is much more complicated here, and involves a lot more effort than in Germany or France – where I’m originally from.”

Elodie’s experience is similar to that of many newcomers. Switzerland is known as an “insurance nation” par excellence. Even many Swiss have trouble navigating the insurance jungle. Some types of insurance are mandatory, while others are voluntary.

Not all health insurance funds charge the same fees

“The health insurance funds cover the same medical treatments and drugs – which I didn’t realize initially,” the actuary says. But there are big differences when it comes to monthly premiums: These vary by chosen insurance model, age, gender and place of residence.

How to save on your insurance

You don’t need to take out your basic and supplementary cover with the same health insurance fund. “I didn’t realize I could be insured with two different health insurance funds, but it makes total sense. It can save you several hundred francs a year.” Elodie also discovered that the lowest franchise makes more sense for her than the highest one – and she will be altering her policy accordingly for next year.

The right insurance for your home

Personal liability insurance is another – recommended, though not compulsory – type of insurance . You can use it to protect yourself against any losses you cause to third parties. “I would advise everyone to take out such a policy,” says Elodie.

Insuring your car in Switzerland

If you haven’t taken out a motor vehicle insurance, you will not be able to obtain a Swiss license plate for your car. Liability insurance is mandatory and pays for losses caused to third parties. Limited or comprehensive accidental damage insurance is voluntary and offers benefits in case of damage to your own vehicle as well as financial support for the driver and passengers after an accident.

The Swiss pension system is based on the three-pillar principle. The first and second pillars are compulsory, and employee contributions are deducted directly from your monthly salary. The third pillar comprises voluntary savings for old age. “I think it makes sense to pay into Pillar 3a because of the tax advantages that are available,” explains Elodie, who has lived in Switzerland since the start of 2019. However, you should bear in mind that funds paid into Pillar 3a are blocked until five years before you reach AHV age.

To avoid the many pitfalls, the new arrival sought professional help: "The conversation with an advisor was important in terms of finding my way in the nation of insurance."

Contribution to medical costs. In each calendar year, you need to pay your own medical costs in accordance with your chosen franchise (between CHF 300 and CHF 2,500). After that, the basic health insurance policy covers the bills and the policyholder only pays a small deductible. As a matter of principle, the higher the franchise, the lower the premium.

Amount of medical costs paid by policyholders themselves. Deductible is paid once the franchise has been exhausted. This amounts to 10% up to a maximum of CHF 700 per calendar year.

Where basic and supplementary insurance are not provided by the same health insurance fund.

This includes free choice of hospitals and doctors as well as emergency treatment abroad. Your choice of privacy (single or twin room) for hospital stays is included here.

Our supplementary health insurance products provide you and your family with optimum coverage. 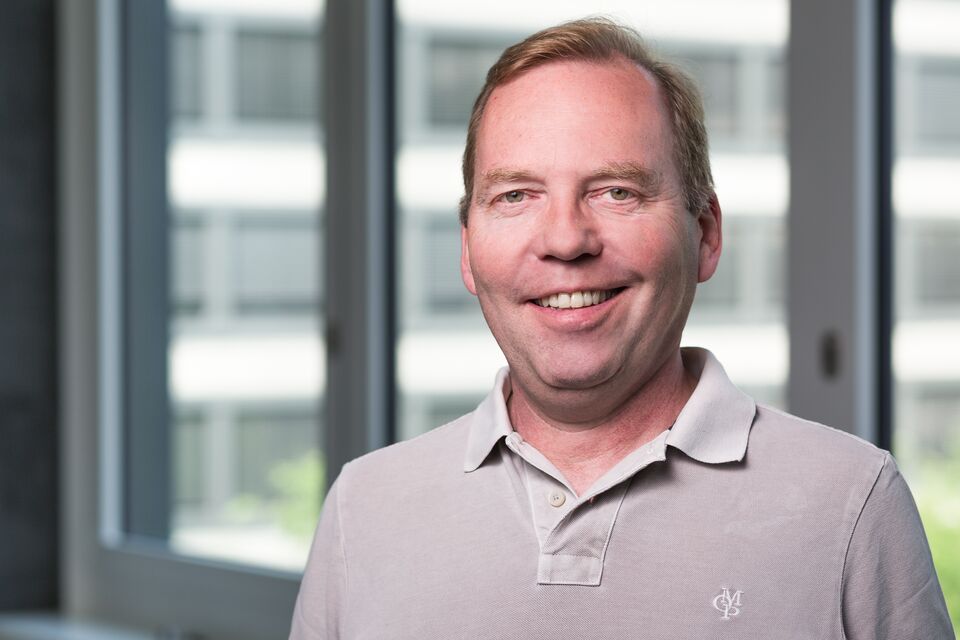 Andreas Westermann is a product manager at AXA Healthcare. Together with his team, his goal is to provide customers with value-enhancing products and services relating to healthcare that go beyond pure insurance.