A discussion with three women about pension planning: All three have different life and work models and are at different stages in their lives. What unites them, despite the differences: They have all taken their pension planning into their own hands.

Rather than relying on just Pillar 1 (AHV) or their partner, they are already taking active steps to secure their futures. They reveal in the interview how they came to this realization and how they discovered the right thing to do with regard to their pensions.

A discussion about pension planning

Pension planning and knowledge go hand in hand. Knowing where you stand and where you want to be in the future. Where did you find out about this topic?

Inga: Not long before I left school, my parents got divorced. This led to money and financial protection becoming a hotly discussed topic at home. For me, this difficult time was the trigger for me to think about living a financially independent life on my own terms. And not to depend on a partner or pension payments. Hence, the drama my parents went through had some benefit.

And how did you turn those good intentions into reality later in life? Where did you get your advice from?

Inga: My brother studied business administration and knew early in life that he would work in the financial sector. He started to invest money early and, with his knowledge of economics, became a bit of a mentor for me. Thanks to him, I also looked into investment opportunities and began to experiment a little, while still a student.

Who formed your pension personality, Johanna?

Johanna: You could describe my mother as pension provision personified. She brought me up alone and was therefore always very forward-looking when it came to finances. As well as being a good example. Even though she  sometimes looked more to the future than to today, and entirely sacrificed many of her own wishes. Also because she wanted to be able to give me a good education.

And when did the pension spark cross over to you?

Johanna: It happened quite naturally: Right at the start of my studies, we together opened a Pillar 3a account for me – and she herself paid the contributions until I began to work. So I had already started my pension provision as a student, and on starting work, I took over the payments into Pillar 3a from my first salary. In the meantime, I have multiple accounts.

What was your key experience when it comes to pension planning, Andrea?

Andrea: That happened to me a bit later. Until my early thirties, as an employee in publishing, I paid my state and occupational pension fund contributions without much thought. It was only after I left my job and moved into self-employment that I thought about how to save properly for old age as a freelancer. And started to actively look into the question of pension planning.

How did you proceed?

Andrea: To begin with, I contacted my previous pension fund and asked friends and acquaintances what they were doing. And, of course, my ex-partner – an employee in the financial sector and hence a good source – who advised me in particular to take full advantage of the tax deduction limits in Pillar 3a. Until then, I had been unaware that you could save taxes by saving for retirement.

Speaking of my ex-partner. A good example that shows that not everything in life can be planned. How can you nevertheless allow for as many contingencies as possible on the way to the financial self-determination?

Inga: I have always carried out very regular reviews of my financial situation. At the latest, if something changes in my life – I then examine the impact this will have, not least on my pension strategy. I make adjustments if necessary. When I became a mother and had to work part-time, I arranged with the father for him to make the payments necessary to close the resultant gap in pension provision. Which is actually a matter of course.

Though for many women it probably isn't.

Inga: We were unmarried, and as a single mother, I am not only responsible for myself and my child, but also for the limited opportunities to fill the gaps in pension provision. In addition, by deciding to take care of our child, I gave the father the chance to continue to pursue his professional career.

Johanna: I would also like to have children, but nonetheless to continue paying into Pillars 2 and 3 and not have any pension gaps. My husband and I have decided to take care of the child on an equal footing – so that neither of us will have to reduce their work time to less than 80%.

And if it doesn't work out?

Johanna: We also have another plan: We want to save with residential property and put the monthly savings on housing into a tied pension. At the moment, we are looking for a suitable property. My mother would like to give us the necessary downpayment by way of an advance on inheritance.

Andrea, how prepared would you be as a self-employed person for changes in your life?

Andrea: I too also examine the status quo now and then. The biggest stimulus to change my pension situation that I have experienced to date came from a case of illness within my circle of friends. A single colleague, who was freelance like myself, was diagnosed with cancer and had no adequate financial network to properly absorb the shock of this stroke of fate. I naturally asked myself what would happen if I suffered the same fate? How would I properly protect myself if I could no longer work? A few days later I took out daily benefits insurance.

Inga: Timely prevention is also very important to me. For example, I can't be sure where  I will be living in the future. Will I stay here in Switzerland, or will I return to Germany one day? That's something I have to take into account already and that's why I have pension accounts in both countries. After all, if one day I would like to use my 3a assets to buy a property in Germany, I would have to pay wealth tax on them and would lose a lot of the money saved. And that would be counterproductive.

Thank you for taking time for today's discussion.

Johanna – married and in full-time employment

Always there for you

Do you have any questions, or would you like a pension consultation? We are always there for you!

There's no way of knowing what fate has in store for you.

Your financial future, however, is another story. 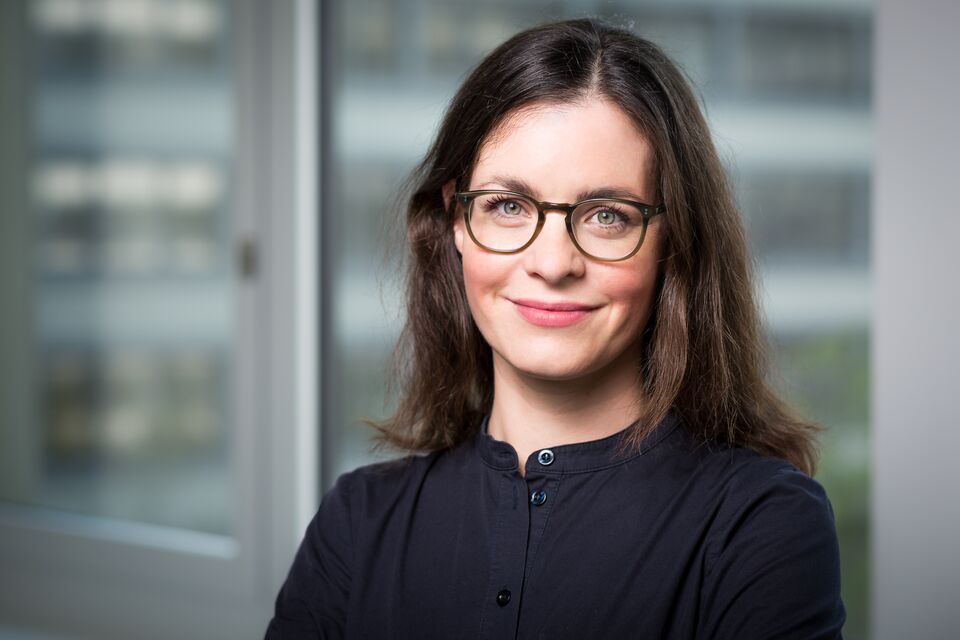 As a part-time editor, Ulrike Schumann writes contributions on pension issues for AXA. As the founder of two SMEs, she is particularly interested in pension provision for the self-employed.