Seven times Swiss champion, eight times a cup champion, three times torn ligament injury – three numbers that keep cropping up for footballer Meriame Terchoun. But what does it mean to play in Switzerland's top women's league and fight back to fitness after an injury?

It was Saturday evening, April 13, 2019, a game in Basel was about to begin. The expectations were high for FCZ-Frauen, the team hadn't yet lost a match in the championship and would be playing in the cup final just one week later.

Meriame Terchoun initially watched the game from the bench, she was still affected by the national team's recent games. It was cold. She was tired after the long season. And then there was the worry of losing the game. The Basel team played fast and dynamic football, putting FCZ-Frauen under pressure.

Terchoun came on in the second half. She remembers good offensive play. And the pass from her team mate. It wasn't a clean pass, she ran towards her opponent, stopped, started running again and fell down.

Meriame Terchoun had to be carried off the pitch by her fellow players. She couldn't walk or speak properly, as the pain was too intense. And the anger, even though she didn't want to admit it, when she suspected that she had another torn ligament.

The days after the accident were hard, thoughts were going round and round in her head: Why me again? How bad will it be this time? Do I want to fight back at all? After an MRI, Meriame Terchoun knew at least one thing for certain: she had torn a ligament in her left knee. Again.

There are always ways of getting fit again. It doesn't matter what people say. The only thing that counts is what you think and what you want.

She had already torn the ligament in her right knee in 2016 and 2017. Both times she had fought her way back to fitness and made it to the top of Swiss women’s football again. And now?

As with many injuries, there are also gender-specific differences. A study shows that the likelihood of a knee injury when playing football is 3.4 times higher for women than for men.

The first two weeks after the operation were the most difficult for Meriame Terchoun. Walking on crutches, giving herself regular injections against thrombosis and relying on help for almost everything: something she didn't like at all.

And so she gradually fought back. First of all this involved little things, like making herself a cup of tea. And then being able to walk again. To jog, to train. And finally to play football.

With my previous injuries, I fought with great determination to get back to fitness quickly.

"With my previous injuries, I fought with great determination to get back to fitness quickly. This time I took my time to question whether I wanted to do so at all. I wanted to find out what I really enjoyed", says Terchoun.

It was a long road and one that Meriame Terchoun had already traveled twice before. So she also knew what to expect. She also used the injury break to travel and learn more about herself, her body and preventive training. And she had the courage to actively seek the help she needed.

Never again - which is why prevention is so important

Meriame Terchoun likes exercising. And someone who gets to the bottom of things. "During my training as a personal trainer, I learned a great deal about the body and often thought to myself: How come I didn't know this before?" She sees potential for improvement, particularly in respect of individual training requirements and the differences between men and women. And a reason for the frequent injuries.

The risk of injury and the long road back is not dealt with enough in sport.

Injuries that could be prevented or at least minimized with the right training, such as strengthening the muscles and therefore stability. And this would teach young players in particular to listen to the signals from their bodies and also to communicate them.

"The risk of injury and the long road back is not dealt with enough in sport. That's why I'm more than pleased that AXA is doing just that as partner of the AXA Women’s Super League.

Well insured in all respects

With our Complet supplementary health insurance product, you close all insurance gaps and benefit from attractive contributions for sport and prevention. 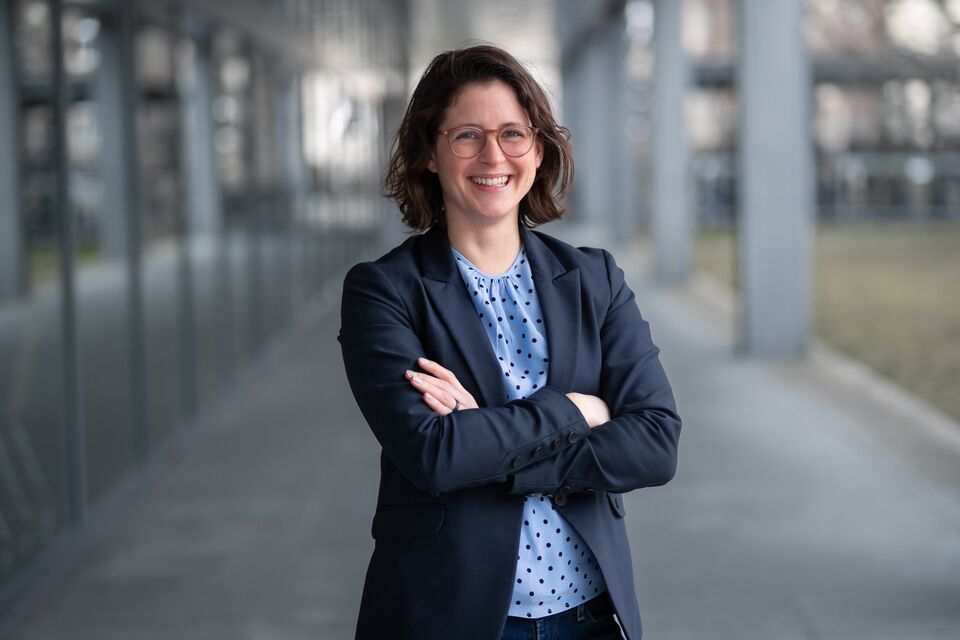 Jennifer Bächtold is a Content & Advertising Manager at AXA. She researches and writes about all kinds of health and pension topics.