People in Switzerland would agree with a retirement age of 65 for women, but they would disagree with the pension age being adjusted in line with life expectancy, according to a survey by AXA Switzerland. Although the respondents are basically optimistic that they will be able to maintain their usual living standard after retirement, they have concerns about funding their previous standard of living through Pillars 1 and 2. The majority are in favor of an increase in the maximum amount that can be paid into the Pillar 3a private pension scheme.

Life expectancy is rising, interest rates remain at a record low, and the pension reform proposal submitted by the social partners in the summer faces an uphill struggle. This bodes ill for future generations of pensioners. Retirement provision is now the biggest worry for Swiss citizens.

So just how uneasy are people regarding their pension situation? Do you believe that you will be able to maintain your standard of living, and what role does private pension provision play in your planning? AXA Switzerland put these and other questions to 1016 people in a representative online survey.

Confidence in Pillars 1 and 2 is crumbling

The first and second pillars are intended to guarantee a retirement income of around 60% of final income, thus safeguarding the usual living standard as enshrined in the constitution. However, rising life expectancy along with the prevailing environment of low interest rates and the political framework will make it increasingly difficult to achieve this figure. As Kristian Kanthak, Head of Private Pension Provision, AXA Switzerland, says: “This percentage is steadily being eroded. As the survey shows, however, people still have high expectations regarding the amount of pension they will receive.” According to the AXA survey, more than a fifth (21 percent) of respondents said they need their state and company pension plans to provide over 80 percent of their final income in order to maintain their usual living standard. The biggest proportion of respondents (37 percent) need a pension that pays 61 to 80 percent of their final salary.

"In many cases, it's no longer sufficient for the pensioners of the future to depend solely on Pillars 1 and 2 if they want to maintain their usual living standard. The benefits paid by these two pillars are coming under pressure. Private pension provision (Pillar 3a) is therefore playing an increasingly important role.”

Despite these relatively high demands, confidence in the two main pillars of the Swiss pension system is only middling. Only a third say they have very or fairly high confidence in the AHV (Old-Age and Survivors' Insurance) system. The same is true of the BVG (occupational pension) system (34 percent). Nevertheless, people are relatively confident that they will be able to maintain their standard of living after retiring. However, only 17 percent believe (fairly or very confident) that this standard of living can be funded by Pillars 1 and 2. The biggest proportion of respondents (39 percent) are only moderately confident that they will be able to fund their retirement by means of the first two pillars.

“In many cases, it's no longer sufficient for the pensioners of the future to depend solely on Pillars 1 and 2 if they want to maintain their usual living standard,” says Kanthak. “The benefits paid by these two pillars are coming under pressure. Private pension provision (Pillar 3a) is therefore playing an increasingly important role.” Indeed, additional savings are often needed in order to plug any gaps in provision. This is especially true for low earners. Yet it is those who need it the most who are least able to afford to pay into a Pillar 3a savings plan. Of the respondents who earn up to CHF 6,000 per month, only 55 percent said they save in Pillar 3a. On average, 71 percent of respondents pay into a Pillar 3a plan. The higher a person’s income and assets, the more likely they are to have a private pension plan. Indeed, 76 percent of those earning CHF 6,000 to CHF 9,000 have such a plan. Of respondents earning over CHF 12,000 a month, 86 percent have a Pillar 3 plan. 88 percent of those with assets worth more than CHF 250,000 are saving into this type of scheme. At the other end of the scale are people aged 18 to 25. Here, two thirds (67 percent) have not yet started a Pillar 3a plan, mainly because they think it is too early or they have little or no money.

However, Pillar 3a plans are not immune to the low interest rate environment. “Anyone who keeps their private pension savings in a traditional account is receiving a very low rate of interest. This pushes up the risk of gaps in provision,” says Kanthak. In fact, 45 percent of respondents said they have a traditional Pillar 3a plan with a bank, while 25 percent have a traditional insurance solution. By contrast, 14 percent have a Pillar 3a securities safekeeping account with a bank and 5 percent with an insurance company.

The majority of respondents would also like private pension provision to be expanded. Approximately two thirds agree (“very good” or “fairly good” idea) with raising the maximum contribution to Pillar 3a savings. Fewer (51%) of those earning up to CHF 6,000 agree. 63 percent of those earning between CHF 6,000 and CHF 9,000 approve of raising the maximum contribution. Here too, the higher the income, the greater the agreement. Of the top earners with a monthly income above CHF 12,000, a large majority (82 percent) wants the maximum amount to be increased. There is wide acceptance for the political initiative to open up Pillar 3a to partners without an income in the same household. 89 percent agree with this idea.

“The results show that many respondents are aware they will no longer be able to fund their pension out of Pillars 1 and 2 alone.”

A retirement age of 65 for women also meets with widespread approval. 64 percent would support this. Whereas 77 percent of men are in favor, only 51 percent of women agree. Adjusting the retirement age in line with life expectancy still does not command a majority, even though people in Switzerland can expect to live more than 21 years after retiring, compared with about 17 years when the occupational pension system (BVG) was introduced in 1985. 50 percent reject adjusting the retirement age to life expectancy, while 42 percent approve. This proposal is welcomed by those aged 18 to 25, with 60 percent in favor.

As Kanthak explains: “The results show that many respondents are aware they will no longer be able to fund their pension out of Pillars 1 and 2 alone.”

The market research institute Intervista was commissioned by AXA Switzerland to conduct the representative online survey between August 7 and 15, 2019, interviewing 1016 people aged between 18 and 65 in German-speaking and French-speaking Switzerland. 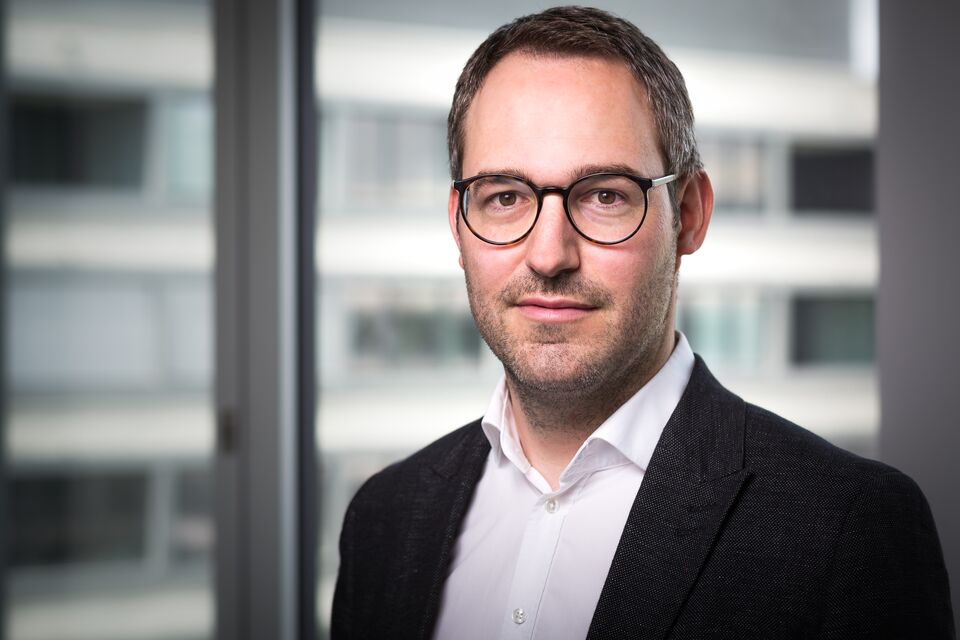