The trend towards SUVs is inexorable – every fifth car insured by AXA is now a sports utility vehicle. But these big heavy cars cause up to a quarter more accidents than other cars – often with very serious consequences. This is illustrated by this year's crash tests carried out by AXA accident researchers.

Sports utility vehicles, or SUVs for short, have for years now enjoyed untrammeled popularity. Over the last ten years, the percentage of SUVs insured by AXA has more than doubled. A fifth of all the cars on the books of Switzerland’s largest motor vehicle insurer now fall into this category. Across Switzerland, 43 percent of all new cars sold were classed as sports utility vehicles. For their owners, the main reasons for buying them are their size, the seating position, their all-terrain capability, comfort, and safety, according to a representative survey of 1,000 Swiss citizens on mobility habits carried out by AXA. According to this study, around 90 percent of SUV drivers would opt to buy the same type of vehicle again.

The bigger the SUV, the greater the risk of an accident

However, owners of all-terrain vehicles are not only convinced of their vehicle's benefits – they also firmly believe in their own abilities: 90 percent of the SUV drivers questioned rated themselves as safe road users. Notwithstanding, other road users have a different opinion when it comes to thoughts on the safety of SUVs: “Almost 50% of non-SUV owners think that all-terrain vehicles are dangerous for other road users. A third of non-SUV owners also said they would feel unsafe if an SUV was traveling behind them,” says Bettina Zahnd, Head of Accident Research and Prevention at AXA Switzerland, with reference to the study.

This perception is confirmed by AXA Switzerland’s claims statistics: “In fact, all-terrain vehicles caused almost ten percent more liability claims than other cars,” explains Zahnd. For large SUVs – in other words, those weighing between 2,155 and 3,500 kilograms – the difference is even greater. In 2019, these vehicles caused 27 more liability claims than other cars. “The bigger and heavier an SUV is, the more frequently it causes a collision,” explains the accident researcher, drawing on AXA Switzerland's claims statistics.

There is a similar picture for personal injury claims – the bigger the all-terrain vehicle, the more frequently it causes a personal injury, though the figures require closer examination: “Whereas in the 40 to 80 year-old age category – the most frequent target group for SUVs – more accidents with personal injuries are caused by large all-terrain vehicles, this statement no longer applies if you include the 18 to 39 year-old group in the statistics. This is to do with the fact that younger drivers cause significantly more accidents, but from a statistical point of view, they drive SUVs less frequently,” explains Zahnd.

So SUVs cause accidents more frequently than other vehicles – often with very serious consequences for other road users. “This relates in particular to the size and weight of the vehicles and also the height of their center of gravity and their bumpers,” says Zahnd. On conventional cars, the bumpers are almost always at the same height, so if there’s an accident, they can perform their function to the full. If there's a collision between a normal car and an all-terrain vehicle, this is only the case two-thirds of the time,” she explains. So compared with all-terrain vehicles, an average car is more poorly protected, although it differs from SUVs only slightly in terms of size and weight. This is illustrated by the AXA accident researchers' first crash, in which an all-terrain vehicle does not see a car approaching from the right. The SUV subsequently drives into the side of the car at around 60kph. This inflicts significant damage on the estate car, particularly its rear door, which is badly dented by the impact. The child on the rear seat receives the full force of the collision. Although it is protected by a child seat, its head and the left side of its body hit the seat bucket. The driver of the estate hits the driver's door, whereupon the lateral air bag is able to prevent more serious head injuries. The driver of the all-terrain vehicle sustains at most slight injuries.

Electric scooter versus SUV – or David versus Goliath

There are not only more SUVs and cars in general on Swiss roads, but also increasingly new modes of transport such as electric scooters. The mostly young, urban users of these light mopeds – the category to which most e-scooters belong – value their spontaneity and rapid movement. But unlike heavy all-terrain vehicles, they are easily overlooked and offer significantly poorer protection. For example, the AXA study shows that only nine percent of e-scooter users always wear protective equipment.

Most people don’t know the traffic regulations for e-scooters

It's not only a lack of protective equipment, but also ignorance of traffic regulations that can be a problem for e-scooter users. E-scooters are subject to the same rules of the road as bicycles, but many e-scooter users are unaware of this fact. According to the AXA study, just half of them familiarize themselves with the applicable traffic regulations before their first journey. “What’s more, the roads and particularly the cycling infrastructure that e-scooters have to use are not optimized for these novel means of transport,” explains Bettina Zahnd. Many users overestimate their own abilities too – only 16 percent of all e-scooter users surveyed felt unsafe due to the way they themselves were riding. By contrast, over half of all e-scooter users saw danger in external influences. Specifically, almost three-quarters of those questioned said that they felt endangered by cars. However, in reality, most accidents are self-inflicted .

Although e-scooter users often cause accidents themselves, the risk of collisions should not be underestimated. “Due to the frequently uneven ground and the small wheels on e-scooters, their users are often unable to give hand signals when they want to make a turn,” explains Zahnd. The consequences of a collision can be severe, as shown in the second crash, in which an e-scooter collides with an SUV. The e-scooter rider wants to turn off, but the SUV driver realizes this too late and drives into the small road user from behind. With this impact alone, the e-scooter rider can be expected to sustain injuries to their legs and hips, and the second impact when they hit the ground will also probably result in considerable injuries. “A helmet might have prevented worse head injuries but, like our dummy, almost four fifths of the e-scooter users surveyed never wear protective equipment,” points out Zahnd. The driver of the SUV gets off relatively unscathed in the collision.

Dangerous for children on bikes too

Whereas e-scooters have only featured on roads in recent times, bicycles are a familiar means of transport popular with children as well. Parents consider large road users in particular as a hazard for their children, as the AXA survey shows. After trucks, large cars such as all-terrain vehicles are ranked as the second-most dangerous road users for children. Specifically, 69 percent of those questioned rated all-terrain vehicles as dangerous or very dangerous for children.

The danger to children may become even greater, because from January 1, 2021, new traffic rules come into force that state that children up to twelve years of age are allowed to ride bicycles on the pavement. “If children use pedestrian crossings on their bikes, one can assume that they will in future often cycle suddenly off the pavement and onto the pedestrian crossing and be seen by drivers too late,” surmises Zahnd. This scenario was reconstructed in the third crash test. A child on a bicycle swerves suddenly from the pavement onto a pedestrian crossing. The driver of the SUV misjudges the situation and does not brake until it’s too late, and there’s a collision. The child is struck on the torso by the high vehicle front and is immediately flung away with great force. Considerable injuries can be expected as a result of this first impact and also the second impact, when he hits the ground. A properly fitted helmet of the right size and shape prevents serious head injuries. The SUV driver is unlikely to be injured.

These three crashes show that, in collisions, the drivers of all-terrain vehicles are scarcely injured in their large, high, and heavy cars, whereas small, poorly protected road users in particular have to reckon with massive injuries in some cases. The dangerous mix of different road users requires all road users to modify their behavior. “Particularly since such large cars, thanks to their size and weight, provide a sense of security, it’s important that drivers correctly assess the risk they themselves pose, and pay attention when they are out and about,” says Zahnd. “Smaller, more vulnerable road users should always wear protective equipment and familiarize themselves with the applicable traffic regulations. The latter is particularly important in the case of new modes of transport.” 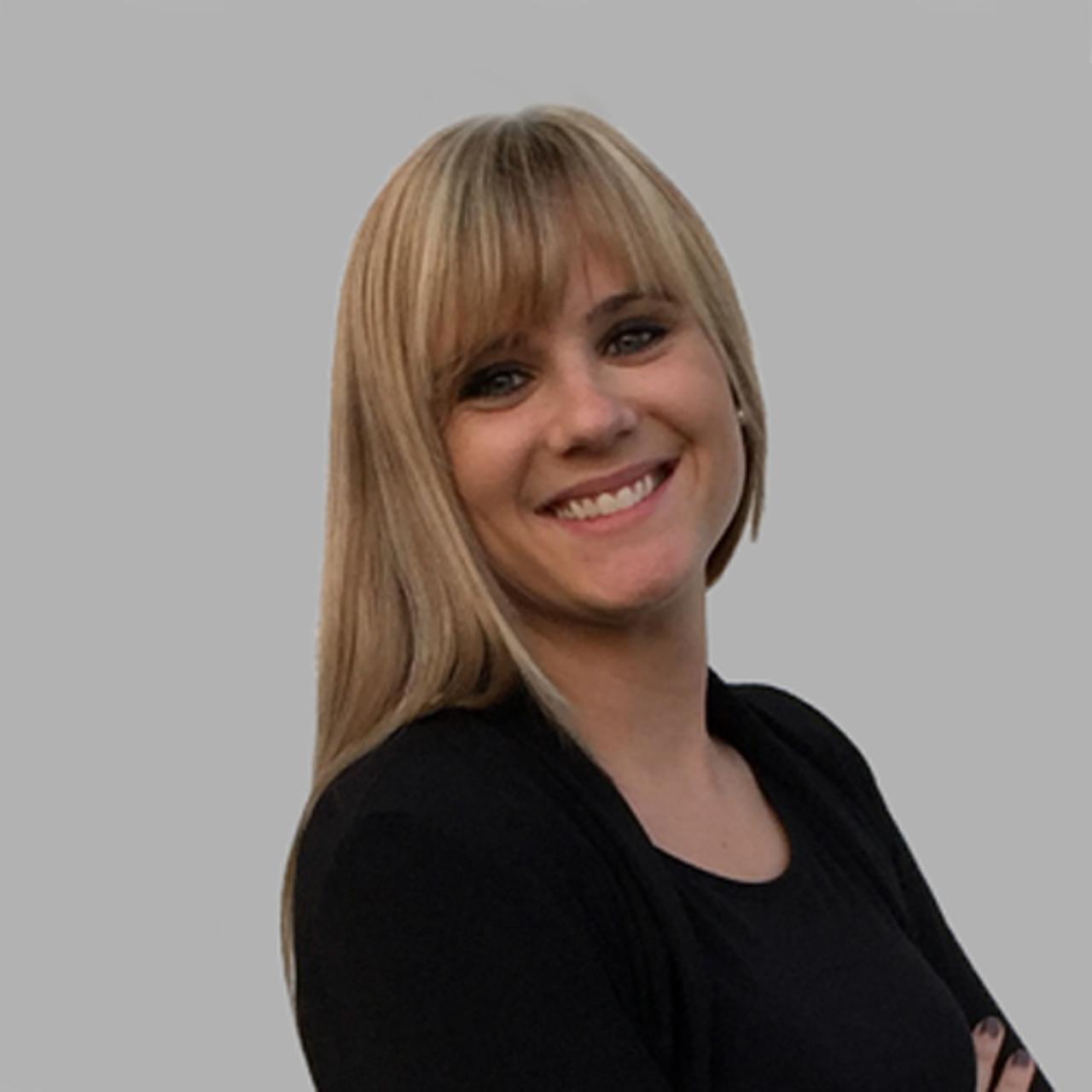