The Swiss population has a large ecological footprint. On average, Swiss people fly three times as much as citizens of the EU, drive the heaviest cars in Europe, and rank among the world’s largest waste producers, according to a WWF Switzerland press release from July 2019. It is therefore hardly surprising that Swiss Overshoot Day falls as early as May 8 this year.

Measuring from January 1, this is the date by when the material consumption of the Swiss people on a per-capita basis exceeds what the world’s ecosystems are capable of regenerating in an entire year. In other words, they are living at the expense of future generations.
Swiss Overshoot Day was calculated using the ecological footprint concept developed in 1991 by Swiss scientist Prof. Mathis Wackernagel together with his colleague William Rees.

We spoke to Prof. Wackernagel about the key issues.

Professor Wackernagel, can you explain the concept of an ecological footprint to someone who’s never heard of it before in two or three sentences?

We need nature for food, wood, to absorb greenhouse gases, and for our cities and roads, which are built on the most productive ecosystems. We can measure the total area needed, and that’s what we call our ecological footprint. We can compare this against the amount of land per person in a given country or the world as a whole.

The ecological footprint is the best known measure for calculating and comparing a person’s or even a country’s consumption of natural resources.

Many have already heard about how we need more than one Earth – even the Pope has spoken about our figures. In Switzerland, we actually voted for revised energy legislation back in May 2017 based on the goal of living in a way that only requires one Earth by 2050 as opposed to three today. Unfortunately, a lot of people still see this as a noble aim, when in fact it’s a necessity. Cleaning your teeth is a necessity, and no one calls that noble.

Is it possible to calculate a company’s ecological footprint?

Of course we can measure companies’ material consumption, but it’s more interesting to ask whether their products and services help humanity to live within the planet’s resources. If a company can answer “yes”, it’s well equipped for the future and set to benefit from a growing market. Those that can’t must anticipate obstacles to their business. We developed this fundamental principle of corporate strategy together with our partner firm Schneider Electric.

The ecological footprint forms the basis for calculating Earth Overshoot Day each year. In 2019, it fell on July 29. Would you care to make a forecast for 2020?

We’re still busy evaluating the latest data. We’ve got reliable UN figures up to 2016, but after that it’s all estimates. COVID-19 has changed the global population’s behavior quickly and dramatically. The date of this year’s Earth Overshoot Day will be announced on World Environment Day, June 5. We already know that COVID-19 has caused a sharp fall in consumption, but it isn’t a structural transformation, so its positive effect on ecological footprints will be short-lived. Indeed, the economic crisis and cheap oil could delay essential decarbonization.

Are there countries that are successfully reducing their ecological footprint and pushing their Overshoot Day back? If there are, what can we in Switzerland learn from them?

Scotland is a country that’s aggressively pursuing decarbonization. It sees the economic imperative for doing so. We’re also seeing a very gradual reduction in Switzerland’s footprint. The idea of the “2,000-watt society”, which has been enshrined in law in the city of Zurich, for example, is helping here. Sadly, its implementation is proving sluggish.

Can we afford not to prepare for the foreseeable future?

What can each and every one of us and every company do to reduce our ecological footprint?

Stop saying “We should...”, because that just emphasizes the fact that it’s not going to happen. Why not say “I want ...”? How about “I want to live in a car-free city,” for example? Don’t say “That would be nice,” say “I’m going to make it happen.” Ask yourself: can we afford not to prepare for the foreseeable future?

Let’s end on a personal question. You’re one of five Swiss members of the famous Club of Rome in Winterthur, which includes 100 scientists from all over the world and promotes sustainable development. What are your goals there?

My life’s focused on finding ways for us all to live comfortably within our planet’s means. It’s not exactly radical, and it can be done if we make decisions that are consistent with the future we wish for.

Improving people’s lives is AXA Switzerland’s primary corporate goal. Our sustainable behavior is designed to ensure quality of life in the future. 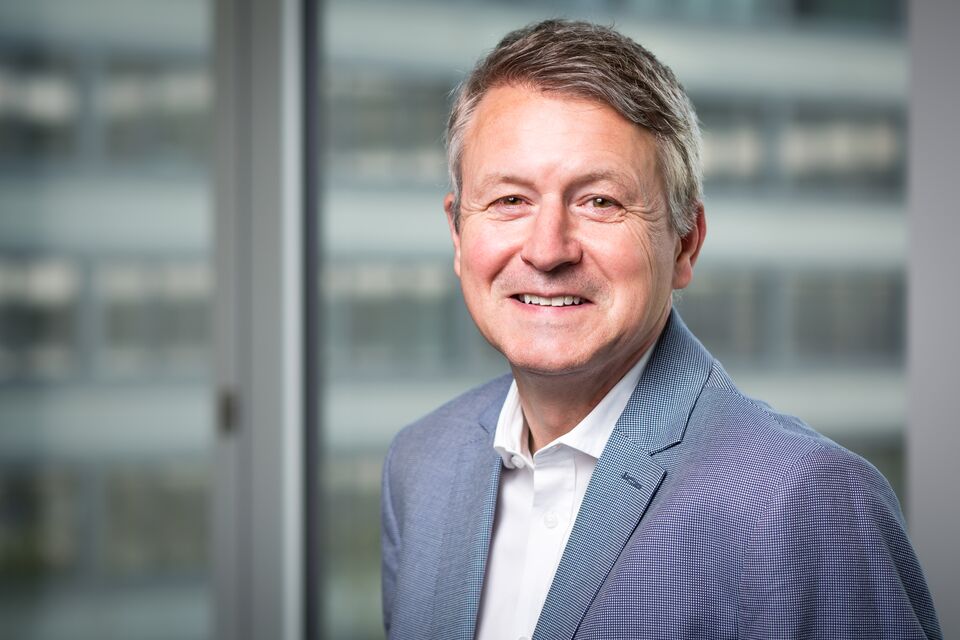 Thomas Hügli is a sustainability expert and informs you about current topics concerning climate, environment, and energy.